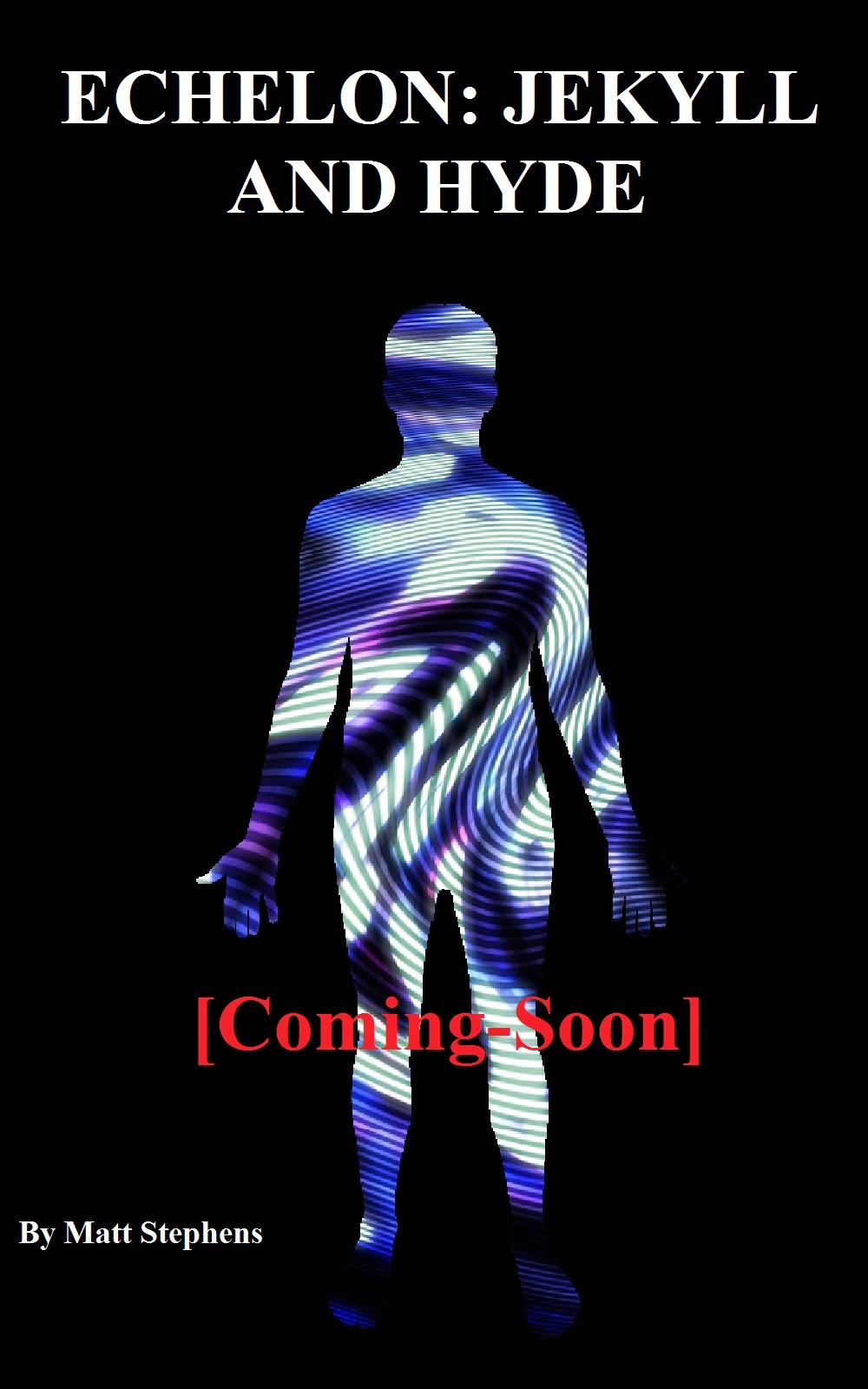 "Hey, Stupid!" A hand clapped hard on his shoulder.

Griffin squeaked as he spun around. It was Mack. "How the hell did you manage to sneak up on me?!"

"Because you know how to look through everyone's viewpoint, except your own." Mack said simply. "It's a mistake, coming here."

"That's why I stayed far back enough that nobody would see me." Griffin retorted.

"You could look around that café from anywhere. Have you forgotten what the Interface can do? You could hear and see everyone in that place better than they can, and you could do it from the top of the Eiffel Tower if you wanted to."

Griffin said nothing, forced to admit the point.

"You go over and talk to her?"

"Not because I didn't want to." Griffin confessed. "I just don't have the nerve."

"Nobody's brave. Not really." Mack told him. "All you can do is summon courage for a few minutes. If they're the right few minutes, they can save your life. If you can do it over and over again, you're considered heroic." Mack gestured around. "Bad positioning. The sun is still in the morning part of the sky, so the opposite windows are reflecting the light. That's half the buildings in the street that you have to hack if you want to see inside. The El Train is only half a block away, but it would cover you from above. You could stay mobile and watch from a car, but you're standing on the curb, staring into space for over three minutes?" He was disgusted. "Good Grief, at least buy a magazine, sit on a park bench or something." Mack waved down the road. "And then you did the stupidest thing you could have done: You went somewhere you've been before, many, many times."

Griffin flushed. "Who exactly do you think is watching?"

Griffin flushed, because that was exactly what had happened, almost as soon as he'd received the Interface. Suddenly, he hated being out in the open. "I thought the Syndicates had been taken down."

"They have, but they've still got enough muscle to handle one ordinary man." Mack told him firmly. "You wanna survive? You want that girl Rebecca to survive? You have to be something extraordinary."

One week after being Deleted from the world, Griffin is struggling to find his place on Team Echelon. A small group of powerful people he barely knows. He's been given power, and put in danger, and where once he wanted nothing more than to go back to his normal life; he now has to face the fact that he may never go home... and may not want to anymore.

Echelon: Jekyll and Hyde is a daring Technothriller that takes a look at the world of today... and how it can easily grow into tomorrow.

Coming Soon to the Amazon Kindle Store; the second book in the exciting Echelon series.

If you haven't read it yet, what better time to find out how it all began? Book One in the Echelon Series is on sale now: Echelon: Invisible Man


Some people say that Tony Stark is based on Elon Musk. An innovating futurist, interested in altruistic projects, mostly with a futuristic twist, like Private Space Travel, Solar Cities, etc.

I find myself agreeing with that now.


This morning, it was announced that Tesla Motors has open sourced their patents on the Electric Car. Anyone who wants to build an emissions free vehicle can now do so.

Tesla Motors kept their designs for an electric car patented, because they were stepping into an industry that had them woefully outnumbered. They kept their innovation to themselves in an attempt to keep everyone from copying it, and drowning them out.

Must have come as a surprise when they realized nobody else wanted to copy it. An innovation in the automobile industry? Perish the thought.

The electric car has to potential to be the most important upgrade in automobile history, and yet the major players ignore it completely.


Well, now the whole world can take a crack at it. If the major players don't want to play, someone out there will.

I don't know if this will make any difference in the long term. Most, if not all Car Manufacturers have been ignoring 100% Electric Car technology for this long, and if they did want to make any kind of move in that area, they would have. It would be incredibly good business for them to begin production on this yesterday; because however much money they're making, we're all running out of oil, and when it's gone, the disruption to the world will be unimaginable. Having technology in place that will keep the lights on and people moving and refrigerators working is the only hope of avoiding a return to the Stone Age.

The frustrating part isn't that this technology isn't being used, it's that nobody seems to care. To quote William Gibson: The future is already here — it's just not very evenly distributed.

But the truly awe inspiring part of this story, is that a billionaire made an altruistic decision. Not entirely of course, Tesla Motors will stand to benefit from this; but the planet stands to gain a whole lot more.

It's unusual, but not unprecedented. Linus Torvalds made Linux as a free OS. That's a gesture that led, at least in part, to Android. Google has also released Android to the world, and it's not the most successful OS that mobile devices have. Google's making a lot of money off Android, without charging for the use of it.

Can you picture how the world would look, if Energy and Transport had as much innovation as computers? The world would be turned on its head. Today we're one step closer; because if someone has a way to make Tesla Cars better, then they can actually do something about it now. Fear of litigation keeps most start-ups from getting anywhere. If this makes it easier, then it's the world that will benefit.

Here's to you, Tesla Motors!
Posted by stephensmat at 19:05