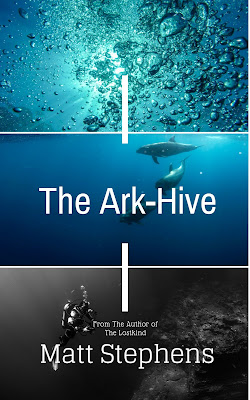 The Human Race was facing Extinction after total ecological collapse. As a final, desperate attempt to save the future, an Ark was built, and hidden in the one safe place left: The Bottom of the Ocean.

The Oceans provide everything a colony of humans could ever need. After three hundred years, humanity has made a home for itself, pretending to be an Aquatic species. So much so, that most people have forgotten there was once life above the surface.

Cora Bridger has lived her whole life under the ocean. She loves it. The submariner's life has provided her with home, and love, and family. But when the surface probes report that the Surface is liveable again, she unexpectedly becomes an important player in a brewing conflict over where Humanity belongs: Above, or Below.

Still Not Sure? Read It Here First!

The entire book is available here, at no charge. If you'd like to support the author, you can do so by keeping an eye out for the book on Amazon, reading some of my other works, or making a small Paypal Donation.