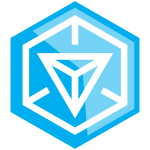 This is simplicity itself.

An android game that is basically a computerized scavenger hunt. You go out and find information about various place/businesses/attraction and upload it to the game.

Though they haven't declared it as an intention of the game, Google has taken advantage of this information mine; as a crowd-sourcing tool. The scavenger hunt says to find out the opening time of a store or company; and the players involved seek this information out.

The reaction to this is mixed; some saying it's an invasion of privacy, or that it's lazy, getting people to get information that Google wants.

This is, in my humble opinion, simplicity itself. It gives the consumer a way to make information gathering fun and interesting; and gets the supplier all the information they need on any area. I've long been fascinated by the Alternate Reality Game; to take a normal place and make it exciting; like a secret world that others do not see.

The downside is that I live in a town that doesn't have such things set up. It takes a lot of work to organize something like that. Making it a downloadable app is the best of all possible worlds for my own self.

This is the best way to get things done: To make them fun to do. This is Elegant, intelligent, and hopefully as addictive as a game can be.

I'm in Australia, and Ingress isn't available in my country yet; as it is in Beta. I eagerly look forward to the day that it is. Google has reported that making it available in Australia/New Zealand is on the cards.